September 9, 2015 By AdminSaiCosmetics No comments yet

Laser Hair removal (LHR) has become a wide known treatment for removal of unwanted hair. Broadly for cosmetic purposes, people have used this technique to get rid of unwanted hair to enhance their looks or removal of hair growth due to hormonal imbalances, medication side effects or any other physical disorder.

Laser Hair Removal technique involves highly concentrated light which is beamed into hair follicles, area which controls the hair growth and strength on the surface. There are pigment present in the follicles which absorb the light, causing a reaction which results in future growth inhibition of hair from that particular spot.

The treatment has gained a lot of popularity because of its ease to do and availability across. The cost of the treatment is high, though varies, but is still affordable by a large mass.

1. Precision – Using lasers, one can can selectively target dark, coarse hair while leaving the surrounding skin undamaged.
2. Time effective – Each pulse of the laser takes less than a second to hit one follicle and can treat many hairs at the same time.
3. Result Oriented – Most patients have satisfactory hair loss after an average of 3 to 7 sessions.

How to prepare for the LHR session?

Common treatment locations include legs, underarms, upper lip, chin and bikini line. However, it’s possible to treat unwanted hair in nearly any area — except the eyelid or surrounding area – one should be extra careful while taking treatment for upper lids or areas near eye, due to high risk of laser interaction with eye retina and it may damage your sight.

Interestingly, laser works on the concept of ‘Contrast’. Therefore, it would be more effective for people who have light skin and dark hair because the laser beam targets the pigment (melanin) in the hair. However, now advances in technology have made laser hair removal an option for people who have darker skin.

Care after the procedure

One may find discomfort in the treated area after the session, noticing redness and swelling for the first few hours after laser hair removal, is quite common.

One can apply ice to the targeted area to reduce this discomfort. You may also be prescribed with a steroid cream if you have a skin reaction immediately after laser hair removal.

Important to note – After laser hair removal, avoid sun exposure. Try to keep the area covered and use umbrella if going out is a necessity. Once, your skin has healed, keep using effective sunscreen whenever you’re stepping out in the sun. 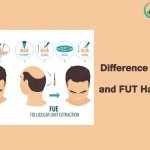 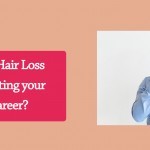 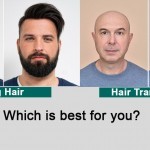 Comparison Between Hair Transplant and Wig.